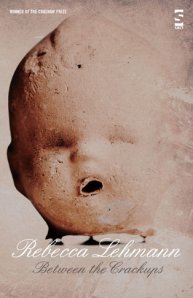 The poem that opens this collection, “A Hundred Words For Loser”, ensures that we are under no illusion regarding the poets’ unpoetic take on the sacrosanct – or indeed on anything else.

… A man
tells a bible story about a town filled
with prostitutes and a father who sleeps
with his two daughters.

Then we have “Letters To A Shithead Friend”. Some of these poems are so far from traditional poetry and so far too from from the poetasting “poems” of the incestuous “poets” writing only for each other in many of the little magazines that fill the shelves of university libraries, that they might once again, like the poets of the past, appeal to the masses if the masses would only read them.

Take “The Youngest Girls In Memphis” for example, which finishes:

… We never expect them
to erupt like angered volcanoes,
their vomit and loose teeth pooling
on our tabletops. This is a surprise
every time; this is the event horizon.

Or “The Factory, An Elegy In Six Parts”, which begins:

The managers are giving silver dollars to our children,
are telling them that if they are good, they can have our jobs
once we have died.

Or “Think Georgia, Gorgeous” (I am drawing attention to some of the ones I liked best):

We take our bearings from the headlights
flashing through the guardrails. Nashville,
and a billboard reads, Good little tits!

Or “Dear Cousin” which finishes:

Morning has broken is a hymnal line that means
two or more things. I realize this as I’m singing it,
the wafer crumbs still stuck inside my mouth.

Some of the poems paint a surrealistic picture, successfully – not so easy for a poet, who risks becoming ridiculous. This is “Particulate Matter IV”:

A man in a field holds a folding chair.
His hair is made of light.
I realize I’m naked. He unfolds the chair and
sits down. When he opens his mouth
horse flies fall out like a cataract.

They form the shape of a word: HEY

Rebecca Lehmann is an academic, and I have to say that for the most part, perhaps surprisingly this does not show in her writing (I mean it does not mar it), but occasionally she cannot help the self-conscious aside like this one which, in my view, spoils what had been up to that point an excellent poem.

Forgive the intrusion of a metaphor; I’ve been away a long time.

And then there are the memories of schooldays which always seem to pepper the conversation of (young) American women. She is very American, and here agonising over them seems only to add authenticity. For instance:

The boy who moved to my town from California in sixth grade
made me a pair of earrings out of fishing wire and beads.
I threw them in the school trashcan at the end of the day,
and then years later felt horrible about it.

Is this nature, or is it artifice, I wonder.

And then, oddly, there is a series of references to bruises on her legs. I find this intriguing, and wonder once again if it is nature or artifice.

… the bruise
on the leg like an angered owl

The diagonal line of bruises on the back
of my left thigh reveals my humanity.

The bruises on my legs, desire them.

Let me just say that this is a collection that improves with a second reading. (You would never notice those bruises first time round.) Perhaps she no longer shocks, but you begin to pick out the gems among the poems and mark the ones you want to read a third and fourth time. And perhaps add to your own private collection of art trouvée. Like the absolutely original poem entitled “Pasture”: I would need to quote the whole thing. You must buy the book and read it for yourself.